Even before the UE went on the offensive in 2158, a fast, reliable logistical trail was needed to prosecute the war. With the successful introduction of M/AM reactors aboard the Krechet- and Tannhäuser-class cruisers, faster transports were needed to move personnel and materiel from the core worlds to the front lines. The Olympus Mons-class combat transports (APM-50) marked a return to the original cargo-carrying configurations of the Bison hull. 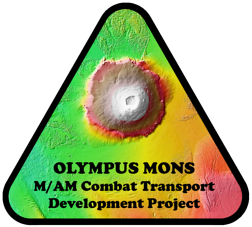 The M/AM reactor presented a clear advantage in logistics: faster delivery, more cargo as a percentage of weight, and lower deuterium requirements. Ships equipped with the SSWR-III-C M/AM reactor had greatly reduced transit times compared with fusion-powered ships, enabling the full capacity of Earth's industrial base to reach the front lines in a timely manner. Rather than a high burst speed of the previous reactors, the SSWR-III-C was built to provide sustained, moderately high speeds. 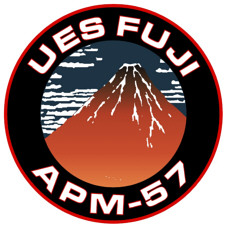 Like its Bison predecessors, the Olympus Mons was highly configurable. Hulls could be customized to carry personnel, bulk cargo, replacement parts, munitions, and assault troops and landing craft. Specialized variants of Olympus Mons—the Reid Fleming-class deuterium tankers (ADM-21) and the Mercy-class hospital ships (AHM-5)— were also constructed. A single Olympus Mons transport could carry enough cargo to resupply an entire task force, or a full battalion of ground soldiers with their equipment and vehicles. A Reid Fleming tanker carried enough deuterium to refuel 2 Yorktown-class carriers and their escorts.

After the war, when the UESN transformed into the more peaceful Federation Starfleet, a large number of surplus ships were sold off to private interests. Marketed as the Baby Bison, these new, fast transports started an economic boom as worlds previously out of reach were settled, and existing colonies grew rapidly as more ships brought people and equipment from the core worlds. Olympus Mons also continued to serve with the new Starfleet's Transport Command. They were used to set up the new common infrastructure of the Federation—starbases, border monitors, fuel stations, and spacelane marker buoys. However, as newer ships entered service (most notably the Constellation class of 2180), Olympus Mons was gradually relegated to lower-priority roles. With reactor and nacelle upgrades, Olympus Mons remained in service with Starfleet until the 2230s. 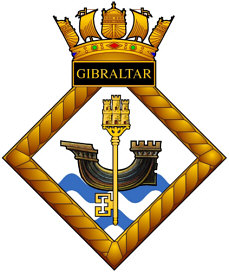