The adaptability of the Bison class was instrumental in its selection as the basis for numerous United Earth Stellar Navy (UESN) and Starfleet cruisers and transports for the next 20 years. In the early 2150s, the UESN saw the need for a long-range cruiser to escort convoys of transports, which had recently been victimized by commerce raiders in the Libra colonies.

To transform the Bison transport into a protective cruiser, the primary hull was shortened to 90 m and structurally reinforced to withstand the greater stresses that the more powerful Pachyderm II warp nacelle were expected to produce. Weaponry was installed, including Spider area-defense missiles, Narwhal long-range antiship missiles, and a twin-laser turret. Because of their large size and inefficient fusion-reactor-based warp drive system, Pioneer-class cruisers were unwieldy at both sublight and warp speeds. However, they were quite effective in their role as "flying fortresses" for protecting convoys of equally elephantine cargo ships from lightly armed marauders and pirates. 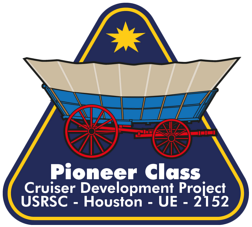 Unfortunately, Pioneer and other fusion-powered cruisers were ill-suited for the demands of deep space ship-to-ship combat when war with the Romulans came in 2156. Although Pioneers were effective point-defense cruisers for convoys and colonies, they were poorly suited for border-defense or offensive missions far from their support bases. UESN fleets based around Pioneers were frequently outmaneuvered by attacking Romulan forces, with often disastrous results. Therefore, Pioneers were quickly replaced on the front lines when the first matter/antimatter (M/AM) warships entered service in 2157. 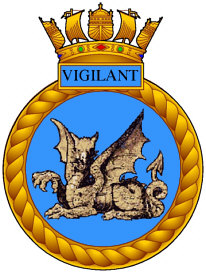 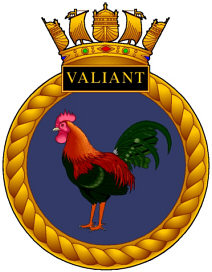 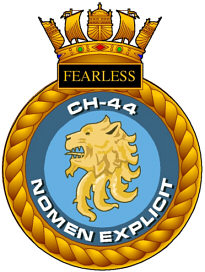 The Pioneer-class heavy cruiser UES Ironsides (CH-36) is on display at the Starfleet Museum.