The Capella-class utility cruisers were a nearly ubiquitous presence along the internal space lanes of the 23rd century Federation. They served Starfleet and various Federation agencies for decades in a wide range of mostly peaceful roles.

Starfleet's Growing Logistics Needs
For most of its first 75 years, the United Federation of Planets (UFP) had continuously expanded its borders further and further away from the small cluster of homeworlds of its founding member races. Under its jurisdiction were hundreds of cubic parsecs of space, containing thousands of star systems, nebulae, pulsars, and planets. However, despite the UFP's nominal control over this space, only a small fraction of these bodies had ever been studied in detail. Indeed, many star systems had never been visited by the UFP, or even by the United Earth or other founding nations, and had only been surveyed remotely, sometimes centuries earlier. Furthermore, the UFP began to realize that establishing a sphere of influence was much easier than maintaining it. The basic goal of governing Federation space required hundreds of missions of oversight, regulation, visitation, evaluation, judgment, and transport. As more and worlds were colonized by Federation citizens, they made ever greater demands upon Starfleet for protection, law enforcement, emergency assistance, and perhaps most of all, simple reassurance that Starfleet would come to their aid should the need arise. In addition, the space lanes tying these worlds and the Federation together needed to be constantly patrolled, protected, and maintained. Finally, Starfleet, which itself was supported by a bureaucracy that rivaled that of the UFP, required countless missions to redistribute starship crews and technicians, transport officials and dignitaries, and maintain internal lines of communication. For all these missions, Starfleet required vast numbers of ships. 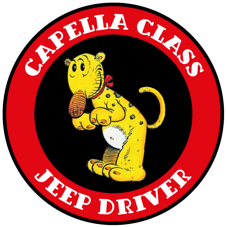 From 2161 to 2236, Starfleet had invested considerable funds, materiel, and manpower to construct and operate a powerful armada of fast, well-armed starships to expand and defend Federation space. Although these ships were, to a greater or lesser extent, able to undertake less-dangerous missions of domestic service and internal exploration, both their crews and Starfleet felt that doing so would be to waste valuable and limited resources. Accordingly, Starfleet had occasionally constructed classes of less powerful ships, such as the 2182 Gagarin-class light cruisers, as multirole platforms able to undertake a wide variety of tasks in less-dangerous environments. These tasks were also undertaken by high-performance cruisers that had been withdrawn from front-line service after being superseded by more modern types. However, as the Federation's borders expanded and the speed of starship development increased, older ships became costlier to maintain and safely operate and more quickly became technologically obsolescent for even secondary roles. Instead, what Starfleet needed to carry out these less-dangerous missions was a large number of new vessels of moderate capability that would be less expensive to build and operate than either new cruisers or old cruisers.

Starfleet's Admiralty, meeting in San Francisco in October 2236 to celebrate the 75th anniversaries of the UFP and Starfleet, took this occasion to discuss several new classes of ship to address the strategic challenges faced by these maturing organizations. Later that year, Starfleet ordered they 2 new classes of heavy cruiser, the Pyotr Velikiy class and the legendary Constitution class, designed to project Federation power and scientific activities even further beyond its borders. In addition, Starfleet ordered a new class of general-purpose, or "jeep," ships designed to undertake a wide range of activities in Federation or near-Federation space. With the urging of Admiral Shrelev IV, this class, named the Capella class, was to be designed according to Andorian principles and constructed at Andorian shipyards.

Capella had a saucer-shaped primary hull with an abbreviated coplanar secondary hull attached directly aft. The primary hull featured a laterally delaminated dorsal control promontory, a fashion in starship architecture during the mid-23rd century (also seen on Lake-class transports and Pyotr Velikiy-class heavy cruisers), which was believed to refine boundary-layer transhull warp-field dynamics and catalyze transitions between warp-speed integers. The SSWR-XIV-A warp reactor was placed directly aft of the vertical structural core beneath the bridge and could not be ejected. The nacelles were unusual in that they could be mounted either dorsally or ventrally, depending on the mission and external load; the two mounting points not used for nacelles could then serve as hardpoints for mission modules. The performance of Capella was modest at both warp (cruise, wf 5.8/maximum, wf 7.3; range, 55 ly) and impulse but was considered sufficient for a general-purpose ship not intended to see combat. In rare cases, however, nacelles could be mounted at all 4 points for courier missions requiring higher speeds and greater range. The impulse drive filled the center of the secondary hull aft of the warp core and had thrust ports at the rear centerline. Deuterium, sufficient for the expected short-range missions, was stored in tanks within a hemicylindrical housing on the shoulders of the secondary hull. The rear-facing shuttlebay was in a ventral extension below the secondary hull.

Because Capellas were expected to undertake a wide array of mission types, which included scientific, cartographic, diplomatic, custodial, and logistic missions, they carried a variety of equipment for specific tasks and interior spaces that could be configured as needed. To carry out scientific and survey missions, Capellas had powerful analytic logic systems, laboratory facilities configurable for various fields of study (meteorology/ecology/oceanography, physics/quantum mechanics, engineering studies, medical studies, high-energy/tachyonics, biology/pathology, and general chemistry), and large multiarray, long-range sensor/deflector units, which replaced a traditional dish, facing fore and aft and mounted at the upper corners of the secondary hull. For specialized scientific or survey missions, the standard onboard sensor suite could be augmented by a dedicated sensor module attached with dual supports to the ventral hardpoints, and the nacelles could be mounted dorsally to minimize interference. For purely logistic missions, interior spaces could be reconfigured to expand carrying capacity by a factor of 3 for standard cargo modules, objects of unusual size and shape, or bulk liquid or solid loads, and a Joseph cargo cylinder could be carried externally via the hardpoints (usually ventrally). To service and replenish border-monitoring and deep-space stations and Starfleet and civilian vessels, Capellas could carry workshops and fabrication units, a variety of chemical stores, and an array of spare parts. For personnel transfer and diplomatic missions, the interior could be configured for meeting rooms, dining halls, and staterooms to accommodate guests of nearly any species. In short, for whatever mission they were called upon to undertake, Capellas could be outfit and dispatched.

Service History
After smooth and uneventful development and construction periods at the Andorian Kellahn IV and Zarhat II shipyards, the lead ship of the class, USS Capella (NCC-S400), joined Starfleet in February 2239. Capellas quickly became a common sight throughout the Federation and built a reputation as sturdy and reliable, if unexciting, ships, and were well liked by their small, close-knit crews. Because of their large numbers, mundane tasks, unthreatening appearance, and modest performance, ships of the Capella class earned a variety of nicknames, which were either contemptuous or affectionate, depending on who used them. The most common was "Jeep," after a sturdy general-purpose military land vehicle of 20th century Earth. Others included "Goat" (after the class name, which meant "little goat"), which lead, in turn, to "Billy." Perhaps the nickname best liked by Capella crews was "LUF" (for "little ugly f*cker"). 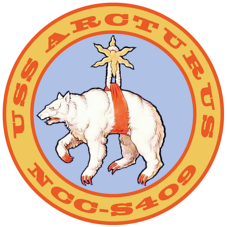 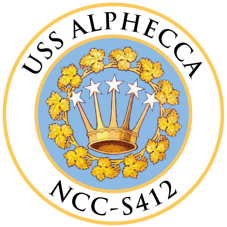 Most ships of the Capella class had long, fairly unexciting careers in Federation and near-Federation space undertaking missions of low risk. However, several ships were lost under unusual circumstances. USS Ruchbah (NCC-S425) was lost and presumed destroyed in 2251 after encountering a large, powerful noncorporeal lifeform in interstellar space in the Toso sector. USS Antares (NCC-S477) was destroyed in 2266 when a Human boy, who had been gifted with psychokinetic powers by the inhabitants of the planet Thasus, caused a baffle plate to fail, leading to a uncontrollable warp-core power surge, from a distance of several light-years. 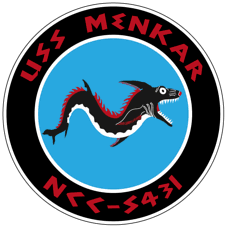 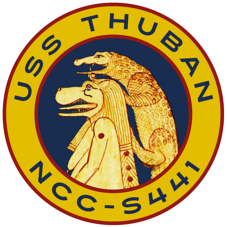 Perhaps the most famous incident involving a Capella-class ship was that involving USS Diphda (NCC-S432). Her captain, Lynus Vorota, had finished last in his class (a position known as the "fantail") at Starfleet Academy in 2237 because of political instability on his homeworld of Yemaya and his captaincy of the Academy baseball team. As a result, Vorota was last to choose his postgraduate assignment and served first on the Pelagic-class transport ship USS Tucuxi (NCC-T366) rather than on a more desirable cruiser or destroyer. A capable, intelligent, and well-liked officer, he rose through the ranks of the transport and utility services to captain Diphda in 2245. While on approach to Federation colony Dessu 3 to deliver agricultural supplies, Diphda began receiving distress signals from the merchant vessel SS Xinzhongxin 82 of New China Interstellar lines indicating that the colony would soon come under attack by 3 unidentified vessels. Maneuvering quickly to put the system's sun between Diphda and the attackers, Captain Vorota made contact with the colony's governor to offer his assistance. The governor suggested that attackers were likely targeting mineral ores being processed in the colony's orbital facilities. Captain Vorota jettisoned the Joseph cylinder and sprayed its load of chemicals at high speed to create a partial sensor screen. Next, Diphda's crew reconfigured 2 sensor drones to send out signals suggesting they were large, well-armed cruisers. As SS Xinzhongxin 82 transmitted a message in the clear apparently rejoicing over the timely arrival of a Starfleet destroyer squadron, Diphda emerged from the chemical cloud and charged the attackers, firing phasers and cursing loudly. The attackers returned fire and caused slight damage to Diphda before, believing themselves outnumbered and outgunned, they fled the system. Captain Vorota was later awarded the Grankite Order of Tactics for his actions and was transferred to Tactical Command. He later became captain of the Constitution-class heavy cruiser USS Saratoga (NCC-1724). 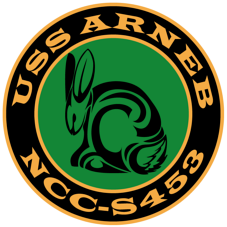 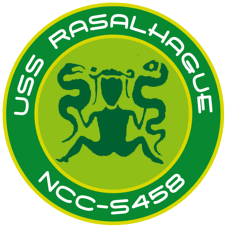 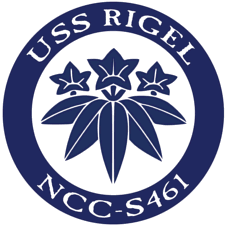 Capella-class ships provided years of steadfast service before the last ship was finally retired in 2288. During that time, Capellas undertook thousands of missions for Starfleet and the Federation, most of which have been forgotten by history. However, the Capella planform contributed, along with other influences, to the designs of several subsequent Starfleet ships, including the Miranda class of 2265 and the Oberth class of 2270. Even in retirement, efficient and economical Capellas continue to ply the Federation's spaceways in civilian service and will probably serve for decades to come. 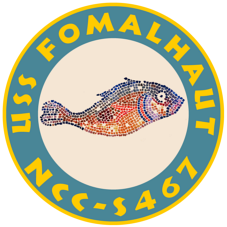 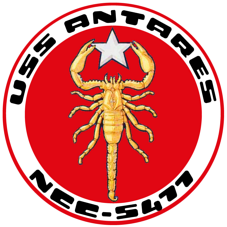 USS Pollux (NCC-S444), which served in Starfleet for 42 years and then with the Andorian Imperial Guard, has been restored to her original appearance and is on display in the Starfleet Museum.