The 2170s were a time of great prosperity and optimism in the newly formed United Federation of Planets (UFP). After its victory over the Romulan Star Empire, the United Earth had established itself as the most powerful political entity in known space and now formed the basis of the even more powerful Federation. With no enemies to threaten its security, Human society had spread as far as 20 parsecs from its homeworld, Earth. That Humanity had traveled so far so quickly (little more than a century after achieving warp flight) alarmed many less-adventurous races both inside and outside the Federation. However, with the mighty Starfleet for protection, little could be done to impede Human colonization of the galaxy.

With a perhaps overly optimistic, naive hope that mankind's expansion throughout the galaxy would continue with little significant opposition from either within or without the Federation, Starfleet designed and constructed the Moskva-class cruisers rather than a class of more heavily armed warships. The Moskva-class cruisers of 2179, although more effective combat vessels than the ships of the overly cautious Wasp class, were designed as nonspecialized ships able to perform both exploratory and military missions with equal effectiveness.

Starfleet was extremely satisfied with Moskva cruisers but felt that they should be reserved for the highest-priority missions of defense and exploration beyond the frontiers of the Federation. Missions of lower priority, often within Federation-controlled space, could just as easily be performed by smaller, less powerful ships. For this reason, in 2182 Starfleet's Ship Specifications Review Board requested starship construction firms to submit designs for a new class of light cruiser to be called the Gagarin class, after Earth's first Human spacefarer. This new class was to be similar in most respects to the Moskva class, but on a 50% smaller scale in terms of displacement, weaponry, and crew size. 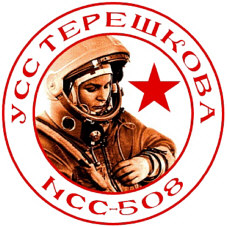 Although Gagarin was based to a significant degree on Moskva, it took advantage of several recent advances in starship engineering to allow similar capabilities in a smaller hull. Chief among these advances was the new SSWR-V-B matter/antimatter (M/AM) reactor, which was 40% smaller than the original SSWR-V reactor in Moskva yet reached peak output levels 80% as high. The primary hull was a oblate spheroid based on that of Moskva. Its smooth, flattened shape was designed to channel field flow towards the nacelle fronts and improve field efficiency at all power levels and speeds. However, further refinements in warp-field theory led to an even flatter spheroid whose ventral third was reduced in depth and diameter to accommodate a secondary hull with a larger frontal profile and unobstructed navigational deflector. The primary hull was surmounted by a raised, central bridge module, the first in a Starfleet vessel. 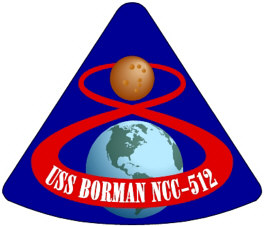 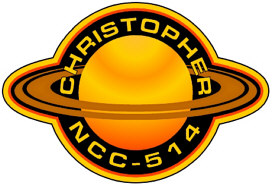 The secondary hull was also more advanced than that of Moskva. In addition to having a smaller-diameter deflector, the hull had a more complex shape that varied in two dimensions along its longitudinal axis. Both the M/AM reactor and the main fusion reactor and their fuel tanks were contained in a single engineering compartment in the center of the hull. At the rear was the shuttlebay, which served for delivery of both crew and cargo in the days before the matter transporters were available. A ventral fantail was also introduced to prevent the development of warp-field-destablizing subspace vortices off the ship's lower stern. 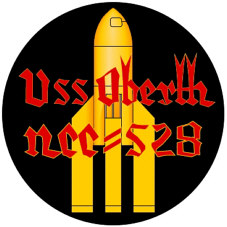 After a series of (suspected) reactor accidents led to the shocking destruction of five Daedalus-class ships in the late 2160s, Starfleet opted to err on the side of caution and incorporate numerous structurally costly safety features in the follow-on Wasp class, introduced in 2174. These safety features included a large, spherical hull, which contained the main fusion reactor, impulse drive, and a large equatorial shuttlebay, and a small, easily separable engineering hull, which contained the M/AM reactor, the AM containment vessel, and a second deuterium tank. However, the Moskva class entered service just 5 years later, mainly because of dissatisfaction with the performance penalties associated with Wasp's safety features. However, Moskva continued to be saddled with an easily separable warp core in a far-stern "bustle," which necessitated plasma conduits each more than 50 m long snaking a convoluted path through the secondary hull to the warp nacelles. Although the safety features in both these classes were undoubtedly valuable if a reactor accident were to occur, they were extremely costly in terms of weight, hull space, and structural redundancy.

Because of the excellent safety records of both the Wasp and Moskva classes (no crews being lost through reactor malfunction in either class), Starfleet decided early in Gagarin's design phase to dispense with nearly all of these safety features. Although this decision ran counter to the traditional emphasis on safety for Human-crewed ships, Starfleet thought it necessary in view of the intended small size of the Gagarin cruiser. In particular, a separable primary hull containing the main impulse drive (which would act as a navigable lifeboat after the secondary hull and its warp core had been jettisoned) would have required creating a clean line of separation between the two hulls with mirrored strengthening members and robust, quick-release clamps. In addition to the impulse drive itself, the requisite deuterium supply and reactor shielding would have sacrificed valuable space in the primary hull. Similar, though somewhat lesser, sacrifices were demanded by a warp-core bustle, as in Moskva.

Therefore, in Gagarin both the main fusion reactor and the M/AM reactor were placed in a single engineering compartment in the center of the secondary hull where they could share shielding, hull structural members, and deuterium supply. The impulse thrust head was placed at the top of the secondary hull, as it had been in Moskva; however, the plasma conduit to each warp nacelle ran for only 25 m, mostly outside the hull and along an extremely straight path. Because of the close association of the two reactors and their integration into the structural framework of the hull, the warp core could not be ejected. However, the AM bottles could be ejected via a blow-away plate in the ventral hull. Instead of a separable primary hull, Gagarins carried long-endurance lifeboats in the ventral undercut of the primary hull as the main means of crew escape. In a final space-saving measure, the shuttlebay was placed at the rear of the ship, where shuttlecraft launching and recovery and cargo handling were greatly simplified by the free space beyond the stern. Dispensing with these safety features was estimated to have reduced displacement by some 30%. 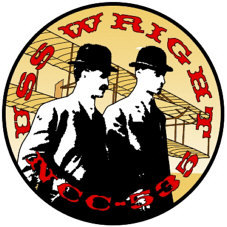 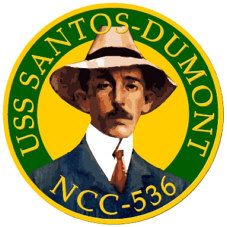 The other equipment carried by Gagarins reflected the intention that they be nonspecialized ships able to perform a wide range of both exploratory and military missions in a relatively peaceful galactic environment. The four decks of the primary hull housed scaled-down versions of the scientific facilities of Moskva, including radio and optical telescopes, broad spectrum active and passive sensors, laboratories, and work stations. Weaponry was a mix of moderate-power lasers (partially upgraded to phasers in the early 23rd century) and a single forward-facing projectile tube (for firing fusion- or AM-tipped missiles and sensor drones) in the ventral primary hull. The main deflector could be used for weapons targeting as well as long-range scanning. 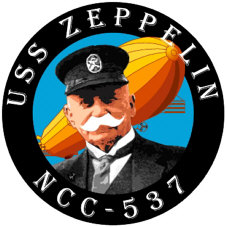 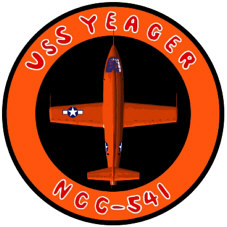 The lead ship of the class, USS Gagarin (NCC-502), was constructed at the Tezuka-Republic Shipyards in Earth orbit above Singapore and joined Starfleet in 2184. The remaining 39 ships of the class were delivered over the next 3 years. For the most part, Gagarins served with little or no combat experience; instead they were usually involved in exploration and patrol duties within or close to Federation-controlled space. Longer-range exploratory missions were usually left to ships of the Wasp, Moskva, and Hyperion classes. To the great relief of Starfleet, the SSWR-V-B reactors in Gagarins performed flawlessly, never testing the light cruiser's admittedly meager emergency equipment.

After their withdrawal from front-line service in the 2220s, Gagarins were used in a variety of roles, including couriers, light cargo transports, and survey ships. Other ships were decommissioned, disarmed, and sold off. A single ship, USS Leonov (NCC-507), served for many years with a succession of civilian scientific and academic institutions, including the UFP Institute of Science (as SS Fermi), the University of Mars, Port Lowell (as SS Barsoom), and the American Continent Institute (as SS Columbia), which was lost in 2236 with all hands under still unexplained circumstances. USS Goddard (NCC-526) joined Starfleet Academy as a training ship, but was retired and scrapped in 2266 after a reactor accident in which several cadets and instructors were killed or severely injured.

The Gagarin-class light cruiser USS Bleriot (NCC-539), which made first contact with 12 races, is on display at the Starfleet Museum.