As optimism grew in late 2158 that the United Earth (UE) would ultimately prevail in its war with the Romulan Star Empire, the UE Space Probe Agency (UESPA), which had become part of the UE Stellar Navy (UESN) in 2151, hoped it could soon resume its scientific and exploratory duties, which had been severely curtailed since the start of the war. The only ships the UESPA had at its disposal were a few old fusion-powered Republic-class cruisers, which had been obsolete even before the start of the war in 2156. Furthermore, as could be expected during wartime, most operating funds and crews were allocated to the military arm of the UESN. However, even before the war, the UESPA felt that it had become no more than a appendage of the largely military UESN. With the coming peace the UESPA held out the hope that it could again become an independent organization on an equal footing with the UESN.

To rebuild itself into a viable exploratory force rather than remaining a poor relation of the military, the UESPA needed ships that could undertake long, independent exploratory voyages. Although more advanced than any of the UESPA's present vessels, the UESN's first generation of matter/antimatter (M/AM) ships were unlikely to suit the needs of the UESPA. Most of these warships were immense, with crews of 1,000 or more, and required long hours of maintenance to remain in operation. Furthermore, the conversion from warship to explorer would likely be lengthy, expensive, and ultimately unsatisfactory. Rather than a small number of large, expensive ships (which the military favored), the UESPA wanted a larger number of smaller ships that were more flexible, less expensive to operate, and capable of long missions of scientific exploration.

The UESPA watched with envy as the UESN began to take delivery of the new Comet-class cruisers in October 2158. Although derided as "lollipops" or "dumbbells" by some older captains because of their nearly spherical command hulls extended on thin necks, Comets represented a second, much-improved generation of M/AM-powered ships. With a length of 124 m, these ships were smaller and much less expensive to build and operate than were first-generation M/AM-powered ships. The UESPA believed that a demilitarized version of Comet would easily meet its needs. In July 2159, Admiral Laurencia Chong, Commander of the UESPA, approached Monarch Industries, the prime contractors for Comet, with a proposal. Since the war would soon be over and the number of Comet hulls constructed was likely to be cut from 50 units to 25, couldn't Monarch offer to build 25 exploratory versions of Comet for the UESPA? Seeing how the plan would benefit both Monarch Industries and UESPA, Monarch agreed. As Admiral Chong had predicted, the last 25 of the 50 Comet-class cruisers originally ordered were canceled in January 2160. However, the Admiralty Board also agreed to Admiral Chong's recommendation, and an order was placed for a class of 25 exploratory versions of Comet, which was given the name Daedalus. 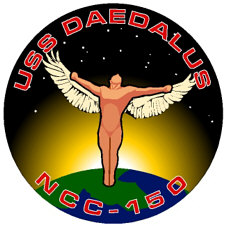 Transforming the Comet light cruiser into the Daedalus exploratory cruiser involved many changes to its structure, equipment, and drive system. Changes included simplifying the underlying space frame for lower (nonmilitary) stress levels, reducing offensive and defensive weaponry, moving the shuttlecraft bay to the rear of the engineering hull, installing a higher-capacity life support system, adding scientific facilities, enhancing the sensor suite and moving it to the engineering hull, increasing the size of the deuterium fuel tanks, reducing the strength and size of the impulse drive, installing additional M/AM containment bottles, and mounting longer-duration nacelles. In addition, the bridge was placed for the first time in its now-customary position atop the command hull. Although these changes were extensive, since UESPA and Monarch had started design work on Daedalus 6 months before the official decision to proceed with construction, the first unit was delivered for pre-commissioning trials in a surprisingly rapid 6 months. 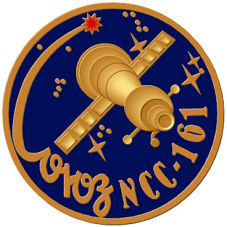 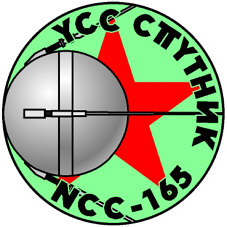 The lead unit of the new class, UES Daedalus (CLM-127), joined the UESPA in September 2160, just 1 month before the end of the war. Because they were lightly armed exploratory cruisers, the first Daedalus cruisers were sent on scientific and survey missions far from the front lines of the war. Their primary areas of operation were the many regions within UE space which were poorly known or completely unexplored. On these internal missions, Daedalus cruisers served admirably without major malfunctions or system failures. 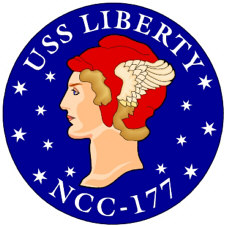 The UESPA had hoped that the success of this new class of ships along with the new climate of pacifist optimism brought about by the end of four and a half years of war would help secure independence from the UESN. However, these hopes were dashed when delegates at the First Babel Conference, which convened in early 2161 to lay the groundwork for the United Federation of Planets, objected to creating a purely military unified fleet. In particular, the Vulcan representatives insisted that to reassure the Romulans and other neighboring nonmember nations that the future alliance's intentions were peaceful, any UFP fleet must have coequal defensive and scientific roles. Therefore, rather than becoming independent, the UESPA would form the core of the exploratory arm of what was to become the UFP's Starfleet. 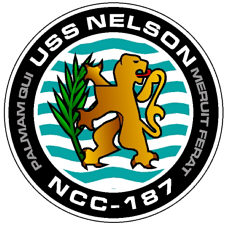 One consequence of exploration's intended equality within Starfleet was that the once neglected UESPA would receive greatly increased funds. The Admiralty Board decided to increase the number of Daedalus-class ships from 25 to 50. However, these 25 new ships were to carry increased weaponry so that they could carry out both exploratory and military missions. Original "exploratory" Daedalus ships were designated "block 1," whereas "militarized" or "mixed-use" Daedalus ships were designated "block 2." 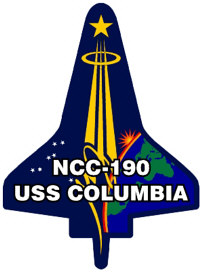 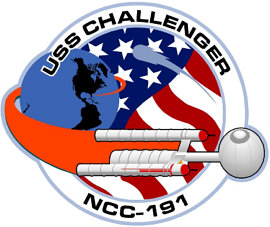 In ceremonies held on October 14, 2161 at Starfleet Headquarters in San Francisco and above the city in geosynchronous orbit, UES Daedalus (CLM-127) was struck from the UESN list and immediately re-commissioned as Starfleet's first cruiser, USS Daedalus (NCC-150). It can be said without exaggeration that as a class, Daedalus cruisers were the greatest exploratory ships in Federation history. Although they were not the fastest, largest, or most powerful explorers, they did make first contact with more civilizations and mapped more star systems at the greatest risk to their crews. We must remember that Daedalus cruisers usually were often sent out alone on missions lasting 6 years or more to distances 100 ly past the furthest Federation outposts at a time when subspace radio transmitters were not carried. If a ship were damaged or otherwise disabled at that distance, the fastest it might expect to receive help was 4 to 5 years, assuming that the ship could send an automated warp message torpedo, which was then received by a command base. As happened in several cases, most notably with USS Horizon (NCC-176), ships were lost 1,000 million million kilometers from home and news of their loss reached Starfleet by old-style radio only after a century.

Two common complaints about Daedalus-class cruisers were that they were too small and that their M/AM reactors were unsafe. The first complaint is undoubtedly true. Daedalus ships were extremely small: they were barely 100 m long and displaced only 25,000 to 30,000 tons. They had been based on Comet-class light cruisers, which had been designed for military scouting duties. As a result, crew facilities were spartan and not designed for 6-year long voyages without resupply. All food stuffs and life-support stores for the mission had to be carried on board. The addition of scientific equipment (sensors, scanners, laboratories, computers, and probes) decreased space even more. In addition, M/AM reactor systems took up a significantly larger percentage of total hull space on Daedalus than they do on modern ships. When the more extensive weaponry mounted on block 2 ships is considered, the space shortage became even more acute.

Daedalus-class ships had a standard crew complement of 101, of which 76 were required for general ship operations and maintenance. As a result, the few scientific specialists who could be carried on exploratory missions were generally limited to stellar cartographers, astrophysicists, exobiologists, linguists, geochemists, and medical staff. Anthropologists, historians, and specialized natural scientists were usually not present on long-term exploratory missions. However, cargo holds of Daedalus-class ships could be modified to provide additional crew quarters and laboratories for short-duration scientific or diplomatic missions, such as for examining stellar phenomena or establishing first contact with alien civilizations. In the 2160s some ships carried crews as large as 200. Although later cruiser designs were considerably larger, the distinction between exploratory and specific scientific missions was maintained, mainly for economic reasons. It was not until 2206, when the Horizon-class explorer launched, that Starfleet had a completely self-sufficient science ship capable of independent, long-range missions.

Whether the second complaint of unsafe M/AM reactors is true remains controversial. While many early Daedalus ships were lost or presumed lost, the fault may not lie entirely with their reactors. Ships may have been destroyed through hostile action, celestial phenomena, poor judgment (human error), or simple bad luck. In most cases of ship loss, the cause could not be determined because no messages were received by radio or torpedo and no physical evidence was recovered at the accident scene. On the other hand, the possibility of catastrophic reactor failure cannot be ruled out.

Reactor problems may have arisen because military cruisers of the Earth-Romulan War era had not been intended to actually cruise for long durations. During the war, individual ships rarely travelled for more than 4 or 5 ly at a time. At least in the later years of the war, most ships travelled in squadrons or task forces, accompanied by deuterium tankers, tenders, and other support ships. More important than long-range cruising was the ability to reach maximum speed on demand for ship-to ship-combat or attack runs. Front-line ships were drydocked every 18 months for several weeks for thorough examinations and maintenance of all systems, including the drive system. In contrast, exploratory cruisers were expected to perform flawlessly at 75% of peak reactor output levels for months at a time with only routine maintenance performed by the onboard engineering staff. Never before had these sorts of demands been placed on reactors. After 6 or 7 years of operating under such conditions, some reactors likely degraded and became dangerously unstable. That Horizon, USS Essex (NCC-173), USS Shenandoah (NCC-186), and USS Archon (NCC-189), were all lost (or presumed lost) after approximately 7 years of service suggested their reactors failed catastrophically. Several prominent Starfleet engineers charged that Daedalus ships were being pushed dangerously past the limits inherent in their light-cruiser origins and that safety was being seriously compromised, particularly in block 2 ships.

In June 2168 all Daedalus-class ships were ordered to return immediately to the nearest starbase for emergency inspection. Some ships' reactors were found to be dangerously degraded and were immediately replaced. Other ships were ordered to undergo extensive preventive maintenance then scheduled for reactor replacement within 3 years. These factors seemed to have been effective, as no further Daedalus losses could be definitively attributed to reactor failures. However, concerns about reactor reliability were great enough that Starfleet's next major exploratory cruisers, the Wasp class, introduced several safety features, including an easily separable command hull, that would increase the chances for crew survival should a catastrophic reactor failure occur.

USS Carolina (NCC-160), a block 1 Daedalus-class ship that had been welded to an asteroid in the Xii system and used as a habitat module for colonists, has been returned to its original configuration and is on display in the Starfleet Museum.