UES Fireball (XL-5) started as an experimental cruiser built to test new technologies and new theories of warp field configuration. Fireball's hull configuration was a radical departure from preceding Earth designs, and set a paradigm for starships that endures to the present day. The project led to the construction of the Comet-class light cruisers (CLM-102), which were the fastest interstellar United Earth Stellar Navy (UESN) ships in the war (wf 4.5) and saw extensive service as scouts, sensor pickets, and light strike cruisers.

In early 2156, UESN propulsion engineers at Utopia Planitia speculated that dividing a spacecraft's enveloping warp field into two asymmetrical lobes, a smaller forward penetrating lobe and a larger trailing lobe, would decrease subspace resistance and boost engine efficiency. To test this theory, Fireball was designed with the then-unusual feature of a small forward command hull separated by a thin neck from the larger trailing engineering hull. In addition, the warp nacelles were raised slightly above the ship's midline in attempt to decrease subspace vortical interference. Another first for Fireball was that her decks were arranged horizontally rather than stacked vertically along the longitudinal axis. 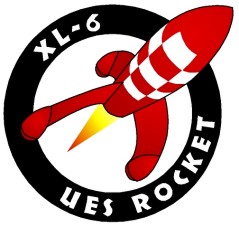 Fireball used an early version of the SSWR-IV reactor. This reactor was approximately 40% lighter and 50% smaller than the SSWR-II series of reactors used in earlier UESN small cruisers and allowed Fireball to be much smaller than any previous cruiser with a true M/AM drive. For most of her career, Fireball carried Typhoon A nacelles, which were later redesigned for use on the Conqueror-class cruiser. Fireball began flight tests in December 2157 and immediately proved itself a superlative design.

Although Fireball and her sister ship UES Rocket (XL-6) had been intended to serve only as test beds, the design was so promising and had matured so quickly that the decision was made in late 2158 to put a militarized version of Fireball into production. The Comet-class light cruiser began to join the fleet in October 2158. Comet's small size and superior speed made it ideal for scouting ahead of the UESN task forces that were steadily advancing into Romulan territory, locating enemy units, and reporting back on their disposition and strength.

Owing to its extremely small size, Comet's armaments were necessarily limited. Its missile bay could only carry 20 Janus mixed-use offensive/defensive missiles, rather than the larger attack and area-defense missiles. (Had the Comet carried standard missiles instead, its complement would have been limited to 9 Firestorm attack missiles and 3 Viper area-defense missiles.) However, the limited missile capacity never proved a liability for the quick and maneuverable Comet.

In the last 18 months of the war, Comet light cruisers were present for every major engagement and provided valuable close-range intelligence on Romulan fleet movements. This timely intelligence allowed the UESN fleets, already superior in speed and firepower, to outmaneuver the Romulan defenders. The best-known example of such service was UES Polaris (CLM-117), whose discovery of an enemy staging area near Cheron allowed the UESN to ambush and destroy the last remnants of the Romulan fleet in August 2160.

As Romulan resistance collapsed in early 2160, the UESN began planning for postwar operations. Accordingly, the initial 50-hull order for Comet was cancelled after 25 were constructed, in favor of building 25 Daedalus-class exploratory cruisers (CLM-127). After the war, the 23 surviving Comet cruisers joined Starfleet, where they continued in service until 2192.

Comet's peacetime service with the Federation Starfleet proved just as successful, if less glamorous. Its small size and high speeds made it ideal for peacetime patrols, both on the borders of the new Federation and along the spacelanes between member worlds. Its light weaponry, which limited Comet to scout and strike roles during the war, were more than sufficient for defending against any threats to Federation security in the postwar era.

Fireball and Rocket continued to serve as testbeds for new propulsion theories and technologies, which helped greatly in the development of the third and fourth generations of M/AM-powered ships, represented by the Conqueror- and Dragon-class heavy cruisers. At the end of their research careers in 2163, Fireball and Rocket joined Starfleet and served as couriers and diplomatic transports until 2193.

Although Comet was a small, lightly armed ship, its influence was enormous. It set the standard for all subsequent front-line starship designs; although starship hulls have evolved with advances in warp field theory, even the newest starships have a distinct familial relationship to Comet, launched over two centuries ago. 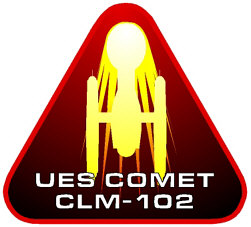 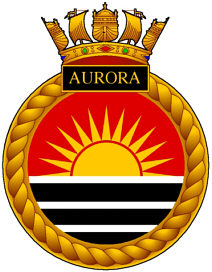 UES Fireball and the Comet-class light cruiser UES Meteor (CLM-103) have been restored to their wartime service appearances and are on display at the Starfleet Museum.