In June 2158, the M/AM-powered Minotaur fighter (P/A-33) and the M/AM-powered Yorktown carrier (CVM-5) were introduced in an attempt to overcome the operational limitations of early M/AM ships by combining the speed and range M/AM-powered warp flight with the maneuverability of high-impulse fighters. Yorktown was based on the Pioneer-class cruiser, which had entered service in 2154 and had itself been developed from the Bison-class transport. Whereas Pioneer had a large fusion reactor, a single midline Pachyderm III warp nacelle, and two auxiliary directional Jaguar I nacelles, Yorktown carried a new SSWR-III-B M/AM reactor and four paired Jaguar III warp nacelles. The impulse drive and its fusion reactor were moved to the extreme stern. At the front of Yorktown's cylindrical forehull, which had been lengthened by 20 m, were sensors and the navigational deflector, command centers, the computer core, crew facilities, and life-support machinery. In the center section of the forehull were docking cradles and missile-loading equipment for 5 Minotaur long-range fighters. In the aft section of the forehull were support facilities for the Minotaur fighters. With a displacement of some 670,000 tons, Yorktown was by far the largest Earth-designed warship produced to that time and would not be surpassed until USS Excelsior (NX-2000) was launched in 2281.

Minotaur was approximately 50 meters long and carried a hybrid warp drive system consisting of 6 M/AM power modules and a fusion reactor. Although capable of warp flight, Minotaur normally did not travel interstellar distances under its own power; instead, each power module allowed Minotaur to make a linear or slightly curved wf 4.5 jump of up to 100 au (approximately 0.0016 ly or 15 billion km) with its single 16-m-long, midline warp nacelle. If several jumps of varying length and direction were made, the Yorktown carrier could stay safely hidden and out of range of defending fighters and missiles. The fusion reactor powered the impulse drive and could also be used for somewhat slower warp flight (wf 2.8) for short periods. The relative simplicity and small size of the warp drive system and the absence of facilities for long-term life-support allowed Minotaur to be quick and maneuverable at sublight speeds. Minotaur's crew of three (commander/pilot, weapons officer/navigator, and engineer) were seated in an ejectable cockpit module in the foresection of the 26-m-long command hull. Minotaur normally carried 16 single-stage, warp-capable, fusion-tipped Corsair missiles, which had a range of 10 au (1.5 billion km, or the approximate distance from Saturn to Sol) and a top speed of wf 5, and 4 nose-mounted pulse laser cannons for use at sublight speeds. A 6-m-diameter targeting sensor array was installed in Minotaur's nose.

A Typical Yorktown/Minotaur Mission
The September 30, 2158, attack by the Yorktown-class carrier UES Saratoga (CVM-27) and the four other ships of the 3rd Fleet's 14th Carrier Assault Group against targets in the Qualor system was typical of strike missions carried out by the Minotaur/Yorktown system. The goal of this mission was to destroy active subspace sensor arrays in preparation for a planned large-scale advance into Romulan space. (Like early subspace radio transmitters, active subspace sensors of that time were too large to mount on most ships.) Saratoga, accompanied by the Powhatan-class escorts UES Cyane (CEM-22) and UES Choctaw (CEM-31), left Starbase Bolivar at her cruising speed of wf 3.1. After the final "go code" was received by subspace radio from 3rd Fleet Central Command, Saratoga and her escorts accelerated to their supercruise speed of wf 3.9 for the 6.2-ly, 38-day journey to the Minotaur launch point in Romulan space. Several hours before Saratoga reached the launch point, the M/AM modules, deuterium, and warp missiles were loaded onto the Minotaurs, and the flight crews entered the cockpits. When the three ships reached the Minotaur launch point 98 au outside the system they cruised at high sublight speed while the five Minotaurs were undocked and exited through Saratoga's ventral bay doors, a procedure taking approximately 30 minutes. Using their M/AM power modules, the five Minotaurs made the first of their jumps to their targets. Once the fighters were safely away, Saratoga and Cyane headed for the rendezvous site, while Choctaw took up silent station along the planned return route to discourage any pursuit attempts. Two of the Minotaurs, Gwendoline (#814) and Thumper (#922), made jumps of 62 au (5.6 minutes), 41 au (3.7 minutes), and 55 au (5.0 minutes), easily outrunning Romulan defensive missiles and point-defense fighters. When 9.4 au away and still traveling at wf 4.5, each Minotaur fired 6 missiles at the targets; 30 seconds later, the missiles' warheads detonated and the sensor arrays were destroyed. Gwendoline and Thumper veered away from the targets, then travelled by separate indirect routes to the rendezvous site. After all five Minotaurs had safely redocked, Saratoga and her escorts returned at wf 3.9 to UE space.

Service History
The Minotaur/Yorktown system proved extremely effective in both its long-range strike and antiship roles. Both ships were at least twice as fast as the fastest Romulan cruisers and fighters and were also able to evade or outrun most enemy missiles until late in the war. In ship-to-ship combat at warp speeds, a flight of five Minotaurs could easily run down any Romulan warship or cargo vessel and overwhelm its defenses. At sublight speeds, Minotaur's relatively low weight allowed it to hold its own against Romulan warp-capable fighters or even sublight fighters. Moreover, because of its superior speed, Minotaur could disengage and escape at will if it found itself in danger.

From 2158 to 2161, 46 Yorktown carriers and 415 Minotaur fighters were produced at the San Francisco, Utopia Planitia, and Proxima Centauri fleet yards. Most Minotaurs were of the original Mark I type, but 59 were of the Mark II type, whose command hull was modified to accept the improved Python warp missile. Although Minotaurs were usually operated from Yorktown carriers, they were also launched from starbases or space stations. A small number of Minotaur fighters were also used on a trial basis by the Andorian Great Blue Fleet, which generally operated ships only of Andorian design. By mid-2159, however, the Minotaur/Yorktown system was beginning to be superseded in its long-range strike and anti-ship roles by Comet-class ships, whose smaller but more powerful SSWR-IV-A M/AM reactor and twin warp nacelles allowed greater maneuverability, speed, and range at warp. That Minotaur was not completely replaced by Comet is a reflection of its much better performance at sublight speeds and teething problems with Comet's new M/AM reactor.

In addition to numerous strikes against ground-based targets and antishipping raids, Minotaur and Yorktown ships participated in most major engagements of the last two years of the war, including the Battle of the Krakowski Void and the Battle of Cheron. In several campaigns, notably Yadalla and Kaph-42, Minotaurs provided low-orbit fire support during Marine Corps landings. A total of 7 Yorktown carriers and 41 Minotaur fighters were lost in combat from 2158 through 2160. After the war, most Mark I Minotaurs were retired from service, but many Mark II's were fitted with improved 54J M/AM fuel cells and twin nacelles and continued in service as long-range strike fighters into the 2180s. In addition, many retired Minotaurs were purchased by private citizens and, nearly 200 years after their withdrawal from service, have had a long second career as sport racers. After the war, many Yorktown carriers were converted to fast transports and tankers.

The Yorktown-class carrier UES Saratoga and the Minotaur-class fighter Gwendoline are on display at the Starfleet Museum. 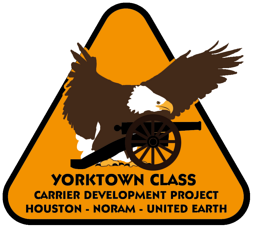 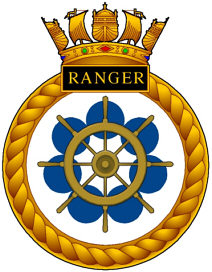 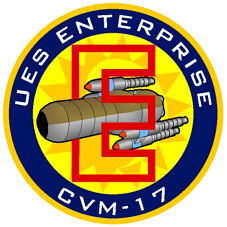 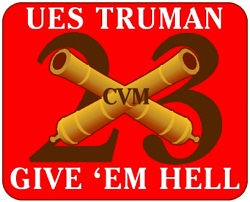 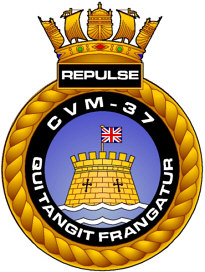 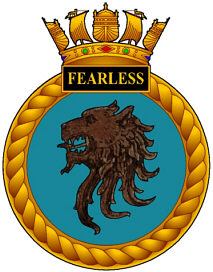 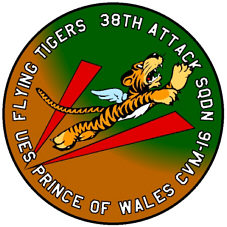