The Powhatan-class cruisers (CEM-15) were originally designed to serve as escorts for Yorktown-class carriers on their strike missions in Romulan territory. Since these Yorktown carriers carried only short-range area defense missiles, they were considered vulnerable to attack by smaller, more maneuverable warp-capable cruisers. A Yorktown carrier's only sure means of defense was to use its superior speed to outrun attacking ships, but such a strategy might prevent it from arriving at the rendezvous point and recovering its Minotaur fighters. If however, the carrier were accompanied by one or more smaller, heavily armed ships, all phases of the mission—penetration, launch, rendezvous, recovery, and return—could be performed with a much lower risk of interference by enemy ships. Although a series of Krechet cruisers on station along the mission route might be used to protect the carrier by turns, such a strategy would clearly increase the cost and complexity of the mission as well as the risk of detection. The alternative of launching Minotaur fighters to fend off attackers would require the ship to drop out of warp and was not seriously considered.

Even before the launch of UES Krechet (CCM-1) with the first production shipboard M/AM reactor (SSWR-II-B), engineers at Argyre Planitia had been hard at work developing a series of compact but more powerful reactors for use in even smaller ships. The first reactor to enter service was the SSWR-II-C, used in the Torsk class. Although significantly smaller and lighter than the SSWR-II-B, it was also slightly less powerful. This slight performance deficit was considered acceptable for border patrol ships, which were expected to operate in a limited geographic area. However, escorts for carriers had to be capable of sustained operations at high speeds for months-long missions into enemy territory. 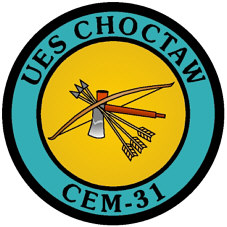 The SSWR-II-D reactor, introduced in January 2158, was perhaps the major reason for the success of the Powhatan class. Because this new reactor was approximately 50% smaller and lighter but could provide higher peak output levels for longer periods of time, Powhatan could be considerably smaller than earlier cruisers but have significantly improved performance. Powhatan's sleek lines were also strikingly different from those of earlier cruisers: Where Krechet had been fat and round, Powhatan was long and thin. Her primary hull was 2.5 times longer than it was wide and her reactor hull was only 17 meters in diameter. Although Powhatan had a single midline Superrhino I warp nacelle to decrease weight, considerable maneuverability was achieved without the drag effects of outboard nacelles by means of three Minimax IV directional warp nacelles attached directly to the primary hull in a 120-degree configuration. 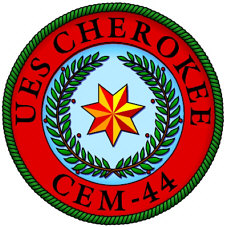 Powhatan ships were extremely effective in their role of long-range escorts for Yorktown carriers. In fact, no Yorktown carriers under their protection were lost to enemy fighters or cruisers in the last 15 months of the war. The long range, high speeds, and heavy weaponry of the Powhatan class also made these ships useful in a wide range of other roles. By the start of 2159, Powhatans had largely superseded all other small cruisers, including those of the Amarillo, Krechet, and Torsk classes, in most traditional roles of escorts, destroyers, scouts, and cruisers. Several ships were equipped with special extendable high-gain sensor arrays so that they could perform intelligence missions deep within enemy territory. Even after the introduction of the Comet class in October 2158, the superior firepower of the Powhatan cruisers ensured that they would continue to serve as front-line cruisers until the end of the war.

When peace came in 2160, most Powhatans were decommissioned; 15 ships were transferred to the new Federation Starfleet. Most of these ships served in the deterrence force patrolling the newly established Romulan Neutral Zone. However, a lack of space for scientific facilities and the absence of a credible threat on Federation borders meant that Powhatans saw little action in Starfleet service. The last Powhatan-class ship was finally retired in 2185, after the introduction of the far more versatile Moskva-class cruiser. 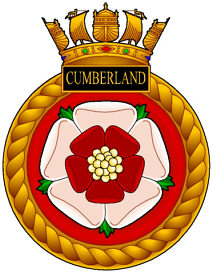 The Powhatan-class escort UES Phaeton (CEM-18) is on display at the Starfleet Museum.